Since 1997, Robert Bosnak and Jill Fischer have been dedicated to building a dream community in cyberspace that centers around a common curiosity about dreams. www.cyberdreamwork.com offically became Cyberdreamwork, Inc. in May, 2002. 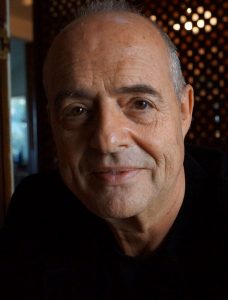 Embodied Imagination®, in the work with dreams and waking memories, is practiced individually and in groups in psychotherapy, medicine, theater, art and creative research. It has been used as a rehearsal technique of the Royal Shakespeare Company in England, applied in medical research and psychotherapy in Japan, China and a variety of locations in the Western world. It is the focus of the dreamwork at the Santa Barbara and Malinalco Healing Sanctuaries:  http://www.santabarbarahealingsanctuary.com

Robert Bosnak has authored several books. They are: A Little Course in Dreams, Christopher’s Dream, Tracks in the Wilderness of Dreaming, and Embodiment: Creative imagination in Medicine, Art and Travel.

Robert is s co-founder of the International Society for Embodied Imagination, the National Nightmare Hotline (866-DRMS911), and since 1997, www.cyberdreamwork.com. He is past president of the International Association for the Study of Dreams, and was visiting Professor of Clinical Psychology at Kyoto University in Japan. He is now based in Santa Barbara, California where he is the Executive Director of the Santa Barbara and Malinalco Healing Sanctuaries. He is in private practice in Los Angeles.

Robert’s interest in Alchemy has been channeled into the first in a series of novels entitled Red Sulphur: The Greatest Mystery in Alchemy. Books 1 and 2, 2015. 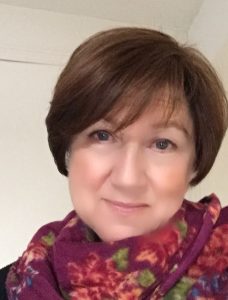 Jill Fischer, PsyA, APRN, IAAP., a Jungian analyst, is a board certified, advanced nurse practitioner, and clinical specialist in psychiatric nursing. With over 50 years of clinical experience, she has a private practice in Norwich, Conn., has taught Embodied Imagination® worldwide, and is the Director of Clinical Services at the Santa Barbara and Malinalco Healing Sanctuaries www.santabarbarahealingsanctuary.com

In 1997, Jill became a founding member of www.cyberdreamwork.com the premier voice program on the Internet for interactive work on dreams and imagery. As the site’s webmaster, she coordinates group programs, plans activities, trains Embodied Imagination practitioners, and leads several dream groups in both live and virtual reality.

In September, 2001, along with Robert Bosnak and IASD (the International Association for the Study of Dreams), Jill, co-founded The National Nightmare Hotline (1-866-DRMS911). As the Executive Director, she worked with volunteers assisting callers, 24hrs/7 days a week. She is a past member of the IASD Board of Directors.

Jill co-leads, with Robert Bosnak, training programs connected with Cyberdreamwork, Inc. and is a co-founder of the International Society for Embodied Imagination® http://www.embodiedimagination.com She is the President of the C.G.Jung Institute of New England and co-wrote with Judy White, PhD the section on Embodied Imagination® in Barrett, Diedre and McNamara, Patrick, editors. Encyclopedia of Sleep and Dreams [2 volumes]: The Evolution, Function, Nature, and Mysteries of Slumber, Greenwood, 2012.

Embodied Imagination® is an internationally trademarked method of working with dreaming and imagination.

You can find out more about which cookies we are using or switch them off in settings.

This website uses cookies so that we can provide you with the best user experience possible. Cookie information is stored in your browser and performs functions such as recognising you when you return to our website and helping our team to understand which sections of the website you find most interesting and useful.

Strictly Necessary Cookie should be enabled at all times so that we can save your preferences for cookie settings.

If you disable this cookie, we will not be able to save your preferences. This means that every time you visit this website you will need to enable or disable cookies again.