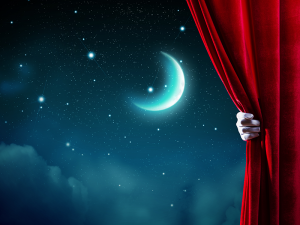 By way of directed dreaming, based on the ancient techniques of dream incubation, we can call forth unconscious creative forces that give new inspiration for dramatic characters in theater, enhance plot and character development in literature and movies, may solve intractable conundrums in business, and stimulate a spirit of invention in technology.

By fully embodying an issue that truly matters dreaming tends to respond quickly. Dreams like to play, they just need to be invited. Embodied Imagination® has developed playful techniques to make dreams surface that prove important in business, creative art-forms and innovation. Directed dreaming can be done individually or in companies and teams.

Janet Sonenberg from the drama department at the Massachusetts Institute of Technology explains in her book, Dreamwork for Actors*, how she and Robert Bosnak, PsyA developed incubation techniques to improve dramatic consciousness and performance. Essentially, an actor sleeps as (or for) the character she portrays, focusing on the scene with which she is having the most difficulty. The dreams that evolve are taken as though they were dreamed by the character and not by the actor. This resembles the ancient practice of “dreaming by proxy” in order to receive a revelatory dream for another. When awake the actor works the dreams into her body as the dream of her character. As a result, it is believed that the actor’s work is less cerebral, less stylized, and more deeply embodied.

The following are YouTube examples of the dramatic work carried out by Janet Sonenberg and Robert Bosnak when the actors Anna Söderling and Erik Ståhlberg, under the direction of Per Nordin, Director of Acting at Gothenburg University, were in Sweden rehearsing Jon Fosse’s play, Warm.

SLOW DOWN! Robert Bosnak’s Dance of the Imagination, Part 3
https://youtu.be/k4RTFSSiVMM

A CFO of a major real estate company is involved in a $100 million + acquisition of land in a major metropolis. She is charged with gathering the investors.

Dream incubation: She spends half an hour of time on the land, focusing on the importance in her life and the future of the company of this particular piece of land. She is entranced by the land and can feel its particular importance in her body. She recalls this embodied state before dozing off to sleep. We will take the resulting dreaming as if it were dreamed for the land.

Dreams: 1) I’m on a piece of land and only a small section is used. 2) I’m in a garage of one of the investors. It is empty and all the work takes place in a tiny cramped office in a corner.

Embodied dreamwork: While feeling these dreams she can sense a straight-jacket sensation around her chest.

Results: The ‘dream-garage’ investor, (a $ 25 million investor, largest investor to date,) is at a business meeting and votes down any suggestion of expansion of the project that would mean taking on more investors. The CFO feels a straight-jacket sensation around her chest like during the embodied dreamwork. She checks and finds that others of her team have felt the same sensation. She advises the CEO to look for other investors at the risk of losing the ‘dream-garage’ investor. The CEO concurs. The investor backs out. Within a week a large new investor ($ 50 million +) turns up who wants to expand the project well beyond its current status.

You can find out more about which cookies we are using or switch them off in settings.

This website uses cookies so that we can provide you with the best user experience possible. Cookie information is stored in your browser and performs functions such as recognising you when you return to our website and helping our team to understand which sections of the website you find most interesting and useful.

Strictly Necessary Cookie should be enabled at all times so that we can save your preferences for cookie settings.

If you disable this cookie, we will not be able to save your preferences. This means that every time you visit this website you will need to enable or disable cookies again.